In the sermon on Eph 2:11-22, we were exhorted to belong to a community so as to illuminate the glory of God. In this article, GBC members Jonathan Yao, Paul Wu, Poh Gee and Patti Koh penned their thoughts on why they chose to sink roots in GBC, and call GBC their family in this season of their lives. 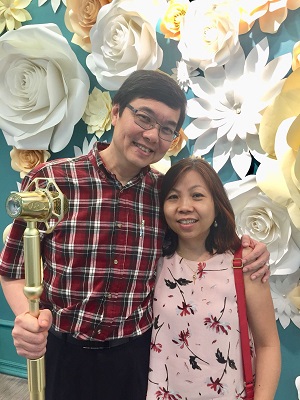 It was during my schooling days in the mid-1980s when I first visited GBC regularly. It was most edifying to experience the then-deacons’ (like brothers Tony Chan and Lee Chung Cheong) humble teaching, and to be shepherded at Grace Bible School on Sundays. Desiring to be baptised and become a member, I joined a baptism class. To my dismay, the teacher told us that the class was suspended as the church was undergoing a split. I was away from GBC during that tumultuous period and joined FCBC instead. After a while, the Lord indicated that I should return to GBC. In ‘coming home’ to Grace, I was met by brother Fock Siew Wah who ministered to me and was most concerned about my spiritual growth whilst away. The first ministry I joined after returning to Grace was the evangelism committee with brother Michael Wee, and we had the privilege of conducting our first ever outreach to business professionals. Eng Meng and I were also invited to join our first Care Group by brother KY Leong and his dear wife Carol. Why did I return to be a member of and serve in Grace? It was because of the lives of men and women of faith who have built me up spiritually: they have taught faithfully, served selflessly and loved lavishly at Grace. 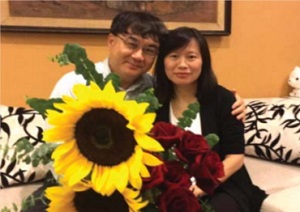 Shortly after our arrival in Singapore, Yahsin and I were introduced to GBC by my colleague Ho Chung. The children ministry was booming then (just like now), so it was a wonderful place to bring up our kids; we were also warmly received by Eddie and Peter’s Care Group (CG), and later George and Helen’s CG.

Years went by rather peacefully. However, as I struggled with starting up a company, my character defects started to surface and before long, my family was suffering below the seemingly calm surface.  God surrounded GBC with many dedicated Pastors with sound teaching, and we also joined George and Helen’s CG with families similar to ours. Yet I was too proud to change, until one day I could not stand the pain anymore and I confessed my sins to Pastor Arnold. I was surprised by his acceptance of me. Pastor Arnold was like an angel sent by the great Physician – through many consultation sessions, he helped me to work through my sins, and set me on an ongoing course of recovery and restitution one step at a time.

Upon reflection, I must say that it is not that I have chosen GBC, but I belong in GBC when I open my heart to God through people in GBC. With a new heart, I start seeing and feeling GBC differently, even though it is still no different from what the bible says: we are created by one God, sinners saved by Jesus, born of the same Spirit, and we work together as one body to bring the good news to the world. I feel this through the worship service, CG, CLOBS, choir, Grace Haven outreach and tuition ministry.

I feel increasingly being called to study the bible with someone, or set aside devotion time with my family. I will also remember to remain accountable and confess my sins to those I have sinned against, persevere and overcome the fear of pain through God’s discipline, and suffer for the sake of my Saviour.  When I feel weak and as though I have failed, I take comfort in Grandpa P’s exhortation in his last sermon to us:  Be confident of this, that he who began a good work in you will carry it on to completion until the day of Christ Jesus. Amen. 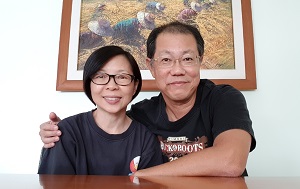 We have been members of GBC for about 27 years. Our children have grown up here. We have good friends here. There are many folks here who are precious to us. GBC is home to us. There were times when we visited other churches. Some were during our vacations while overseas, and some were when we were taking breaks to worship elsewhere. We found that visiting new churches were often refreshing times as we enjoyed their different liturgies and the beautiful architecture of their cathedrals. However, we realised that church is more than Sunday services, and church is certainly not a building. Church is a community of believers to whom we belong and for us, it is GBC.

Living in community is a joy but it can be a struggle as well. We will continue to struggle as we relate with one another for as long as we remain in our unredeemed bodies. God in His providence uses our struggle to sanctify us. He places in our hearts a greater need for Him and a stronger desire for church unity. With the Lord’s help, we hope to endure, to love and to enjoy being loved here in the family of GBC.