Doug and Joyce Erdmann update us on their new ministry with The Navigators in Colorado, United States. We pray with them that they will continue to trust in the Lord as they transit to a new place with new roles. 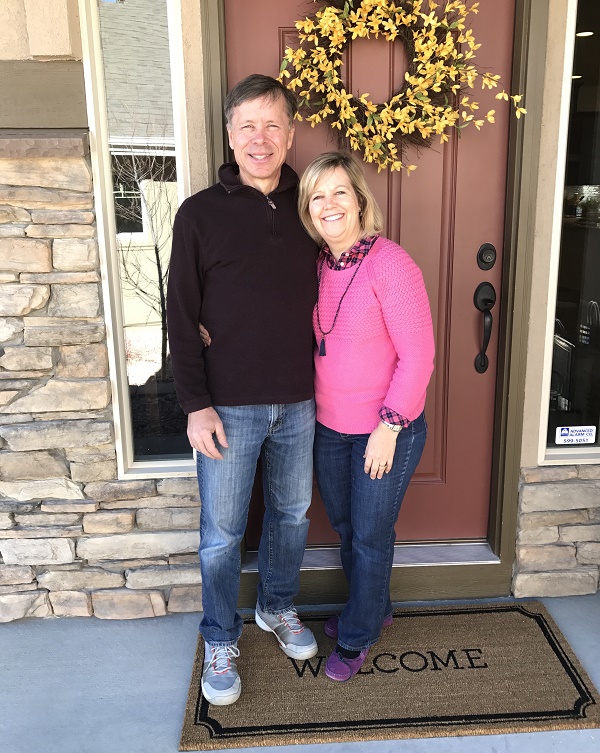 I met Joyce at an afternoon Christmas party. What a delightful young lady! That night she happened to attend a choir performance at my church. I timed my exit from the service to "accidentally" bump into her again. Perhaps premature in my timing, right then and there I shared with her my commitment to overseas missions. (No need going further in this budding friendship if she was not willing to go overseas!)

Imagine, I told her, that she was walking in the forest and came across ten people carrying a log. Immediately, she noticed something strange. Nine people were at one end of the log managing their task fairly easily, but only one was at the other end struggling to keep their side up. If Joyce was going to assist these ten, which side would she go help? I then explained that this was a fairly accurate representation of the missionary effort of the church. Ninety percent of the full-time Christian workers were ministering to about ten percent of the world’s population, and only ten percent of the workers were reaching out to the other ninety percent. She indicated that she would be willing to help the one, which, for the continuation of this potentially "long-term" relationship, was definitely the right answer!

A marriage and five children later, we finally made it overseas in 2010 when The Navigators asked me to lead their work in Singapore. Singapore was not exactly barren of full-time Christian workers, but it was located within 2,000 miles of over half the world’s population, most of whom had little contact with believers, let alone full-time Christian workers. Certainly Singapore, "the Antioch of Asia", was strategic for the missionary effort of the church.

Seven and one-half years later, my term as director of The Navigators has come to an end. By God’s grace, we leave behind a ministry that is growing both in total numbers and numbers of new staff. New ministries are being launched, a new mission sending program has been started, and it is time for a Singaporean to take over the helm. We are very pleased that one of GBC’s own, Yap Kim Meng, will take my place.

This transition to leadership by a "local" has been planned for a while, so we have had plenty of time to investigate national director roles in other countries where The Navigators operate. Interestingly, no opportunities have arisen due to the organization’s general preference to have countries led by locals. However, there is one country that did seek us out, a country both spiritually needy and spiritually influential … our own country of America.

On 12 May 2015, the Washington Post reported that, "Christianity is on the decline in America, not just among younger generations or in certain regions of the country but across race, gender, education and geographic barriers. The percentage of adults who describe themselves as Christians dropped by nearly eight percentage points in just seven years…" In the same article Alan Cooperman, director of religion research for the Pew Research Center added, "It’s remarkably widespread. The country is becoming less religious as a whole, and it’s happening across the board."

Clearly the U.S. needs labourers, more than ever, to be working in its harvest. Yet the U.S. continues to play a remarkably significant role in the harvest around the world.

This is why I was excited when the U.S. Navigators asked me to consider a newly created role, that of "Associate Field Director". The U.S. Navigators have 2,700 field staff, by far the most of any of the 100+ countries in which The Navigators minister. Over 500 of these serve overseas. They are supervised by many people, but three "Field Leaders" are ultimately responsible to recruit, train, shepherd and lead them. The number of staff has grown steadily the last five years, stretching these three beyond their capacity. To help them, this new role was conceived, and I have agreed to take it on. This means that Colorado Springs, Colorado, where our U.S. Headquarters is located, will be our new home. Joyce will serve right alongside me in ministry, especially helping the many women who God always seems to bring into her life.

Any transition gives many opportunities to trust the Lord. Our apartment in Singapore was on the market for six months. After much prayer we are grateful that it just sold for a reasonable price. Now we need to find a place to live in Colorado Springs. We have many friends that we are leaving behind in Singapore. Now we need to start a whole new network of friends and colleagues. Finally, we are trusting that, in this new role, God will "bless the work of our hands." "Unless the Lord builds the house, the builders labour in vain." (Psalm 127:1) Would you join us in praying for these things?

We so appreciate the love and support of GBC. People of the church have shown us many kindnesses. Our great regret is that we are leaving at such an exciting time for GBC! A new lead pastor, and soon, a new church building. We believe that God will continue to bless GBC and make it a light not only to the people of Singapore, but to the many people surrounding this great country who have yet to hear the good news. 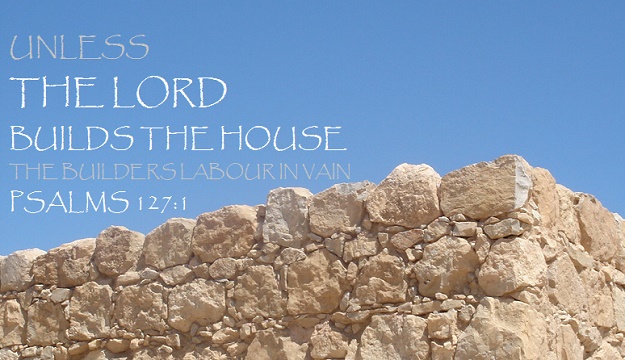