Livestreaming for our Saturday services will stop, with effect from June 2022.

Last Sunday, we welcomed five new members to GBC via transfer of membership. We thank God for each one of them and pray that they will settle into the GBC family well.

Even though we could not gather physically as a church, we are grateful how God is still bringing new visitors and members to GBC. Last Sunday (5 July), Pastor Eugene introduced five new members who have transferred their membership to GBC: Christine Gunawan, Adriaan De Jonge, Samuel Ho, Takeshi Moriyama and Darius Ng.

Below are snippets from their testimonies on how God pursued them and how He is working in their lives. If you would like a copy of their full testimonies, you can email Pauline at pauline@gracebaptistchurch.sg. 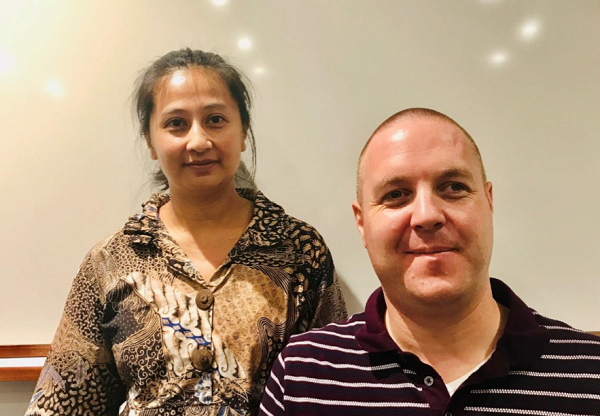 Christine shares how through a neighbour's witness, she came to Christ:

I am Indonesian and grew up in a non-Christian family. My mother was sick and could not take care of me, while my father was busy providing for the household. My parents asked my neighbour to take care of me. Through my neighbour, I was introduced to Sunday School and the gospel. In my teenage years, there were a lot of questions in my mind, uncertainty, feeling unloved, fear and failure. When I heard about the gospel and learned what Jesus has done for me, by dying on the cross and rising on the third day, it made me realise that I am sinful but also loved and valued in God’s eyes. I accepted Jesus Christ as my Saviour. Since then, I’ve gained a different perspective on life. My heart has been changed. I started to reconcile with my family again and shared the gospel with my family. I was baptised when I was 17, together with my mother.

Apart from sharing the gospel with her family, God also worked through Christine to bring her husband, Adriaan to Him. Below, Adriaan shares how his life changed after meeting Christine:

I grew up as a non-believer in The Netherlands. While I had been to church and attended a Christian school, I misunderstood Christianity to be legalistic and so rejected it. When I was 18, my mother passed away due to cancer. My relationship with my father deteriorated. I felt depressed. I attempted to suppress this feeling by focusing on earthly things and never quite succeeded. When I turned 30, I did not have my life in order.

A year later, something changed. I met Christine—now my wife—and started accompanying her to church. Initially, I did so out of politeness. But over time, I figured I might as well listen to the pastor. Gradually, I opened up and listened more carefully. A year later, I decided to put my life in God’s hands. I believed in Jesus, was baptised and began to learn more about Christianity. 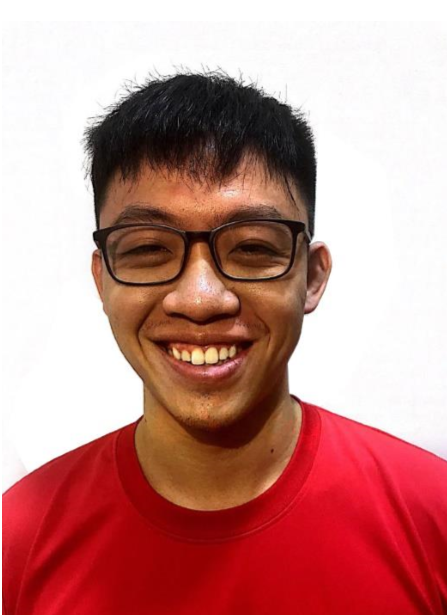 Samuel shares how our God is a pursuing God who is merciful, gracious and faithful:

Being born into a Christian family, I was brought up in church from young. As with many second-generation Christians, I did not think much about the faith, living a life unaffected by the gospel...

By God’s amazing grace, I did not simply toss the faith aside, but dug deeper to see if it was true and something worth believing in. Amid the toughest period of my life in Architecture school, God led me to read His Word. I talked to God more regularly, struggling with Him. I also kept a journal every day, to write down things I learnt during my quiet time, troubles I wanted to present to God, questions I struggled with, and sometimes just ranting. Through that journal, I saw God worked in such real ways. Issues/questions that I struggled with, He addressed in conversations/sermons/devotions. Prayers were addressed and understanding of truths were revealed through His Word. I need only look back at my journal to remind myself of His faithfulness. I saw my utter sinfulness and inability to save myself—and in contrast, God’s infinite grace and mercy, through the work of Christ, who is able to save. 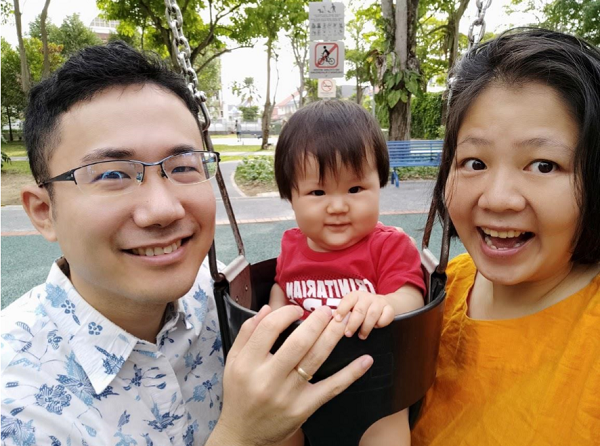 Takeshi with his wife, Stephanie, and their 15-month-old daughter Hana.

Similar to Samuel, Takeshi shares how he drifted away even though he was born in a Christian family, and how God did not cease to pursue him:

I was born in a Christian family in Nagasaki, Japan... However, once I entered university in Fukuoka, I stopped attending church regularly as I was too busy meeting new friends and trying new things. Church was no longer an attractive place for me to attend. But despite trying new things and meeting new people in my university, I was constantly feeling empty...

In August 2007, I came to Singapore as an exchange student. One day, a friend whom I met at the university dormitory invited me to his church. After attending several times, we started to do a Bible study. He shared with me Proverbs 3:5-6: “Trust in the Lord with all your heart, and do not lean on your own understanding. In all your ways acknowledge him, and he will make straight your paths”. I finally realised how I had drifted away from God, who can make straight my winding and bumpy path. At the end of 2007, I repented my sin and accepted Jesus as my Lord and Saviour. In February 2008, I was baptised and started my walk as a Christian. 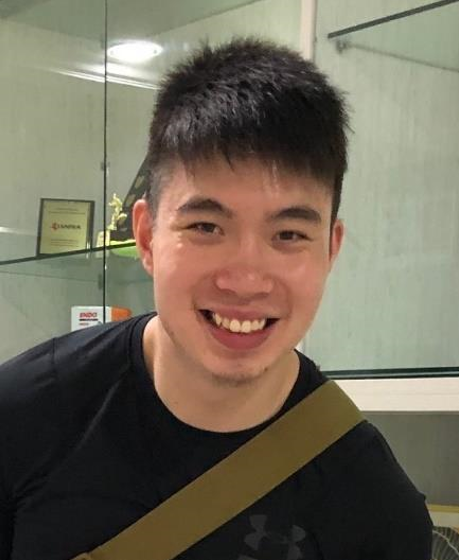 Darius shares how a message shared during Good Friday in 2011 revealed His need for Jesus:

My primary and secondary school days were spent in a Catholic mission school, so the mention of God and the name “Jesus” were never far from me. I went through some difficult transitions during my secondary school days, feeling that I could not “fit in”. In desperation, I picked up one of my parents’ old Bibles – an NLT translation, and I started to read Genesis. As I read, I was reminded of many of the Bible stories I had heard and learnt about in the days I had spent in church as a child. I told myself that perhaps it was good time to return to church, since I was always taught that God is a God of hope.

I joined my previous church in March 2011, found a community of guys my age that I could really click with. In retrospect, that was the initial reason why I stuck around. In the weeks leading up to Good Friday that year, the messages preached centred around the death and resurrection of Christ. It was then that I first believed the Good News of Jesus Christ, who took upon Himself our sins and died the death that we deserved. In a gracious, merciful exchange, Jesus’ righteousness was imputed to us. He was raised to life on the third day—He alone reigns victorious over sin and death.

We thank God for these five precious new members! We pray that they will settle into the GBC family well, that we will provide a safe place for them to exercise the gifts that God has endowed them with, all for His glory. May we be an encourager to one another and build up one another.

You can watch Pastor Eugene's interviews with them below and hear more about how they came to GBC and how you can pray for them:

Food, Rain, and the Lord Jesus