Livestreaming for our Saturday services will stop, with effect from June 2022.

The Precept Class at GBC

Chan Yoke Meng, who facilitates the Precept Class, shares how the study of the Book of Isaiah impressed upon the ladies that our God is indeed worthy of our worship, praise, thanksgiving, honour, reverential fear, trust and obedience! 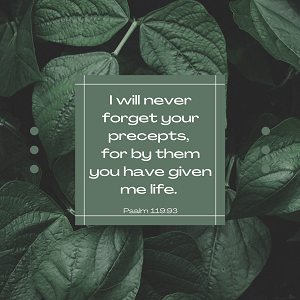 In May this year the Precept Class at GBC had just finished the study of the Book of Isaiah. It took us one whole year to cover the 66 chapters.

Isaiah, the author of the Book, an educated man, was called to be a prophet in the year 740 BCE. He wrote, eloquently and in a cultured style, the vision he saw concerning Judah and Jerusalem, about God’s dealings with his people from the 8th century BCE right down to our own time and beyond. Even hymns of praise to God and parables were written in pure literary form and the most well-known song about the suffering Servant of the Lord (Isa 52:13–53:12) was brilliantly written as poetry.

The Book not only encompasses the history of Israel during that period of time but it also includes things that will bring history to an end and to the start of eternity. It is a marvel how Isaiah’s prophecy shows details of a particular situation and at the same time it also shows the great principles that uphold God’s saving task.

We have difficulty understanding some passages, especially those portions which tend to be characteristic of apocalyptic writings. Most of the Book is set in oracles, metaphors and visions and expressed in such a way as to call something to mind without mentioning it explicitly. Many a times we end up asking each other “Who is speaking?”, “Who is he speaking to?” or “Who is this passage referring to?”

We have fun learning together and learning from each other!

The first part of the Book (chapters 1–39) is primarily about Judgment with a minor emphasis on Hope, while the main emphasis of the second part (chapters 40–66) is Hope with a secondary emphasis on Judgment.

Right from the beginning of the Book, God’s people was accused and charged with being rebellious, corrupt, disobedient, idolatrous, arrogant, oppressive of the weak and abandoning the LORD, producing worthless fruits, hypocritical in their worship, lack of knowledge, rejecting the Law of the LORD of Hosts and despising the word of the Holy One of Israel.

Isaiah’s mission was to warn the people of judgment to come and unless they repent and turn from sin and to Him, God would sentence them to destruction. Although the Lord’s hand of judgment was heavy on His people, by and large they did not repent.

Initially God used the Assyrians, the rod of His anger, to punish the people. In part 2 of the Book we learned that God also used the Babylonians to punish them and it was said that what Assyria began, Babylon completed! The sufferings which they experienced are a furnace in which God will purge His people (Isa 1:25). However, Judah’s condition even after the return from 70 years in Babylon, was not better than before the exile; in fact, it was worse! They returned to the land but they did not return to God!

Isaiah’s characteristic description of God is "the Holy One of Israel", and it is this Holy One who has been spurned by the people of Judah. How can He forgive them, or any sinner for that matter, without compromising His holiness? Here then is where the big picture of God’s purpose for His people and for His world most clearly set forth.

Forgiveness is only possible when atonement is made, and this is provided by God Himself… it is a gift (Isa 6:6-7). This is the gospel and the key to understand the ministry of the Servant of God in the second part of the Book. He is the final answer to the mystery of how God can forgive and remain just and righteous! He does it through a perfect sacrifice which He Himself provides.

Many characteristics of God stand out in this Book. GOD IS:

2. Omniscient—infinitely wise and all knowing

6. Compassionate and Kind—a God of lovingkindness

8. A Jealous God—One who is passionately protective of His name

The Precept Class (every Saturday, 330-5pm) will be studying the Book of Jude from July onwards, please message Yoke Meng @97301670 if you would like to join the class.

A Picture is Worth…

Deacons: God's Gift to the Church