The Plight of Man and the Power of God

Eric Lui recommends The Plight of Man and the Power of God, a compilation of five clear and powerful expositions on Romans 1 by Dr Martyn Lloyd-Jones. 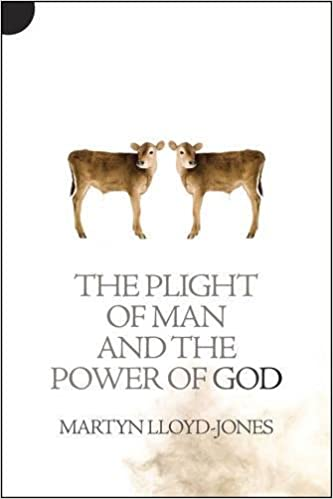 This is a short book of five chapters, but it is full of punches that portrays powerfully the critical mind of Dr Martyn Llyod-Jones, aka “The Doctor”. Preaching from the second half of Romans 1, and against the backdrop of Second World War, Lloyd-Jones refutes the conventional wisdom of his day that humans are by nature good and human history is progressing towards a better life. Instead, as he examines Romans 1 and the human history of the last century, he concludes that we are in great spiritual trouble.

Morality, he argues, must be preceded by religion. When morality has no anchor, it cannot be sustained. Only when a person is grounded in God is he able to produce and sustain good deeds. This is against the trend today, which is to have morality without religion.

Sin, as defined by the world today, is either part of human nature that we can grow out of (eg. anger and stubbornness of a child), or is a result of upbringing or lack of education. The biblical doctrine of sin is viewed as a relic of the religious fathers of old, which has no significance in the modern world. Lloyd-Jones demolishes each of these arguments with clear thinking and insight. Sin, he says, is an outside entity which has invaded the human body and soul. When we sin, it is "deliberate, debasing and disgusting".

The wrath of God against sin is an objective truth which is not invented by Christians. We can observe it in nature and in the history of mankind in biblical times and over the past century. But God has offered a solution to the plight of man by way of “The Only Solution” in the Son taking our sins and trespasses in His body on the cross. God’s way of salvation for mankind works, as proven by millions of believers throughout the centuries, in contrast to many theories and principles devised by human wisdom. And it works across the whole spectrum of ethnicity, social status, and economic status without exception.

In his foreword to the book, Mark Dever, a pastor of Capital Hill Baptist Church, Washington DC, points out how this book explains the Gospel "with great clarity and hope". Similarly, I am inspired by the thrusts and arguments of Dr Lloyd-Jones in defending the doctrine of sin (indirectly the plight of man) and the wrath of God against current beliefs.

I strongly recommend this book to anyone who wants to be able to defend the hope we have in the Gospel in a clear way, just as Mark Dever uses these timeless chapters to engage non-Christians who may be seeking to know more of Christianity. In his foreword, he recounts:

"Saved from what?!" He slowly swaggered his answer, with all his weight landing slowly and surely on the last word, as if to physically push the person back. The “person” was an evangelical Christian sharing the Gospel. And the one responding with the “Saved from what?” was a minister in his 60's. I was a bit shocked when I first heard this man telling his story of his brush with the evangelist. After all, he was a minister. He should know what we need to be saved from. But he didn’t. He really didn’t. And he exulted in the fact that he had pushed back so directly against his would-be evangelist. I wish I had had a copy of this book then.

Dr Martyn Lloyd-Jones (1899–1981) was a physician who gave up a promising medical career to become a preacher at the age of 27. He preached at Westminster Chapel in London from 1938 to 1968, and published volumes of expository sermons that have sold millions of copies. The Plight of Man and Power of God was a series of four lectures delivered in Edinburgh in March 1941.

Update from Elders on Church Services in Phase 3