Strengthened in Christ - the Word of God in our Own Language

Heidi Leong reminds us of the immense privilege we have of being able to read the Bible in our own language, and testifies that it is God’s word that strengthens and sustains her and her husband Tzi Ping as they serve as missionaries in Indonesia.

Back in 2009, we went into a remote area of Sulawesi (Indonesia) to visit a village high up in the mountains that was near our future home. Immediately, we were bombarded with questions about Michael Jackson and his death the day before. We were amazed how informed they were about the recent death of a celebrity far away from them, yet after more than 2000 years they still had not heard of Jesus’ death on the cross for their sins.

Having lived for two years with the Saluan people in the coastal town of Luwuk, it is sad to note that they still do not have a complete Bible translated in their own language, nor do they have any discipleship resources. All they have are a few translated chapters from the book of Genesis and a movie on Jesus. The movie has been shown to the Saluan people countless times, and they always shed tears of joy as they realise that God loves them, speaks their language and cares for them. Such joy has more than strengthened our walk of faith and challenged us to continue serving the Lord among the Saluan. 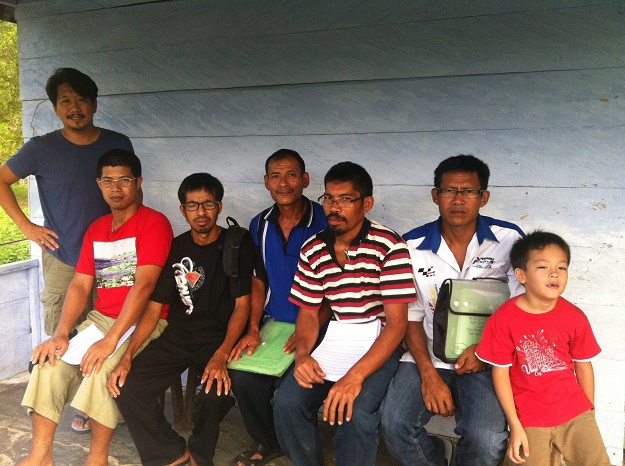 Being a missionary can be a lonely experience as we are far away from everything that we are used to. Most importantly, we are away from those who speak our heart language. Despite being able to speak local languages, we are still not considered one of them. This is compounded by cultural differences. Sadly, we will never be fully understood.

Fortunately, we have Jesus. He always understands and He is always our faithful friend to build us up and encourage us. To have His word is a precious gift that I could not live without. I praise God for the privilege that He has given me to own His word and be nourished by it daily. When I read the Bible in English, I feel blessed. When I read the Bible in German, I feel an instant connection because it speaks to my heart.

Apart from the Bible, the wealth of Christian books we have in English often makes me wonder: “How can any of us ever have a weak faith?” We can encourage ourselves in Christ round the clock. Not so for the Saluan. They have no encouraging Bible verses to turn to in times of need, no worship songs to uplift them, no evangelistic sermons that expound God’s grace and no one to teach them the Bible. These are key enablers to help us grow in Christ and strengthen our faith in Him.
Apart from my personal relationship with the Lord, nothing has strengthened my faith more than to share Christ with others and to do His will. There will always be challenges. It takes courage and we may be misunderstood at times, but the overwhelming joy of seeing people saved more than makes up for it.

Together with about 25 Saluan speakers, we have compiled about 8000 words to form a dictionary to help strengthen the learning of the language, especially for new missionaries joining in the work there.

The Saluan are musically gifted so we encouraged them to translate Christian songs into Saluan, which they sang in church. Soon they started to create their very own songs, which became the first ever Christian songs in Saluan. That encouraged us all greatly. Not knowing the content of one of their songs before hearing it, we were amazed as it became clear that God planted a desire within them for their own people that they could be reached for Christ. The song was created after meditating upon Romans 10:14:

Saluan believers singing Christian songs in their own language for the first time. Heidi is third from left.

Indeed, our work for Him is not in vain. Our faith in Him is deepened because of what He has done for the Saluan people. Our walk in Him is strengthened because He is with us. 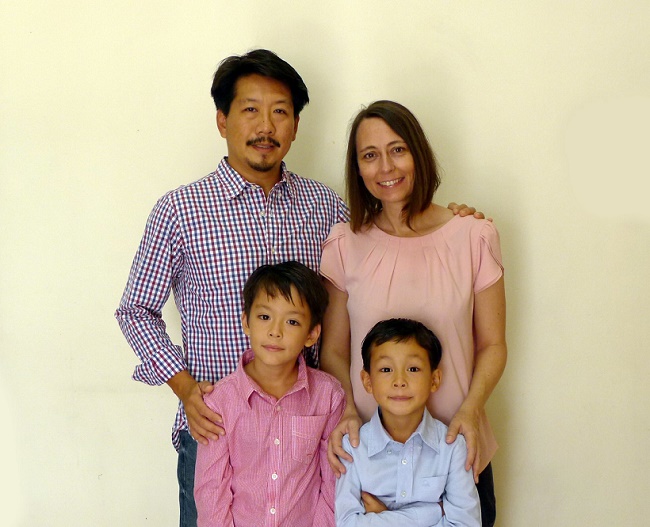 We thank God for Ping and Heidi and their work with the Saluan people.