Rayna Wong, a first time camper, shares how this year's youth camp has drawn her closer to God and her youth group.

This year’s youth camp was held from 9–12 December. Despite this year’s pandemic, we proceeded as usual with the camp, and were blessed with a beautiful campsite and a view of Pasir Ris Park.

Prior to the camp, a booklet was given to each of us. It consisted of the schedule for the camp, summaries of the talks with thought-provoking reflection questions and daily devotions. This booklet served as a guide to the day’s activities, as well as our small group discussions.

The itinerary for this year’s camp consisted of: (i) talks by our church members, which were the basis of our discussions, (ii) discussions within our groups, which gave us the opportunity to voice our thoughts, and (iii) games and free time, which played a significant role in granting us a time of bonding.

As this was my first Youth Camp at GBC, I was unsure of what to expect, and arrived half an hour early. I was greeted by a flurry of activity as the youth group leaders rushed around in preparation for the first day of camp. Soon after, as more people arrived, we were sorted into groups of five. These groups would accompany us throughout the camp.

The camp kickstarted with a time of bonding and icebreakers. The first day was well spent getting to know each other and settling in at the campsite.

Rayna, second from right, bonding over a meal with fellow campers.

Despite the safe-distancing measures put in place this year, an exciting series of games still awaited us. Most of the games, including trivia and spikeball were conducted indoors. Despite the campsite being located near a park, the rain kept us under the shelter for the most part. 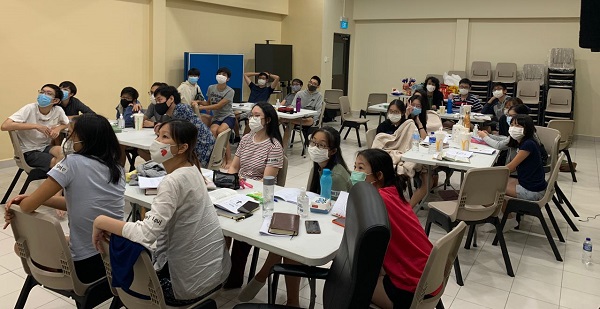 In this year’s youth camp, our talks and discussions tended towards Jesus’s resurrection and our role as Christians (read Joshua Lee's helpful recap of the learning points). Amidst the camp activities, I found that these verses resonated the most with me.

“among whom we all once lived in the passions of our flesh, carrying out the desires of the body and the mind, and were by nature children of wrath, like the rest of mankind.” Ephesians 2:3

This verse reminded me of our sinful nature and our attachment to material possessions. Even in our everyday lives, many of us are guilty of hectic schedules; waking up at 7am, rushing to school or work, then deciding at the end of the day that spending time with God might as well be arbitrary. I find myself making excuses for not making time to pray or read the Bible, whether it be stress from school, or being too tired to reflect on His word. However, something that one of the speakers mentioned stood out most to me: if these worldly desires were taken away from us, would we still be satisfied?

In this verse, Paul reminds the Christians in Corinth that their belief in the gospel is the foundation for everything that is true. However, since the Corinthians do not believe the gospel preached to them, they have no standing before God. On reading this verse, I am reminded of our responsibility as Christians on this earth: to trust in and spread His word, and to live for Him and not for ourselves, so that we may one day live alongside Him, free from sin.

After every talk, we took some time to reflect on the messages in our smaller groups of 5. We spent about an hour each time discussing the messages and our thoughts on them, what we had learnt, as well as how we could apply them in our own lives. This time of discussion was one of the highlights of the camp. It gave us time to reflect and pray, and to put time aside to meditate on God’s word.

Finale night took place on the third night of the camp. We were tasked to create presentations to summarise the past few days together. These presentations came in the form of PowerPoints, videos and poems. As youth camp was coming to an end, this time of sharing was somewhat bittersweet as I found myself reflecting back on previous talks and discussions. 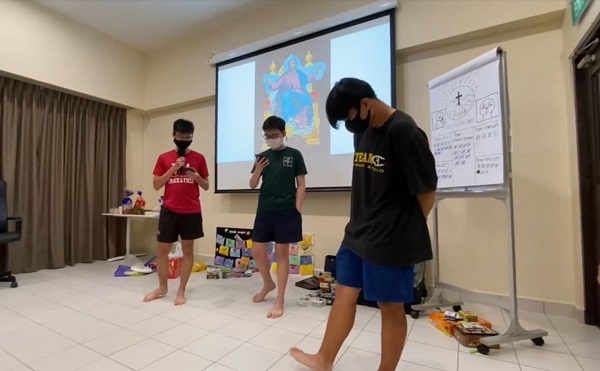 This year’s Youth Camp has been a fruitful time of rest and enrichment. It has allowed me to grow closer to God, and has given me the wonderful opportunity of doing so with my youth group.

Read also Joshua Lee's summary of the talks and his reflection on how the camp has prompted him to reevaluate what it means to be a Christian.

Vigorous in Intent, Deficient in Aim