Reaching out to the young ones in Kampuchea

Deborah Teo Keng Chin received Christ in Dec 1984 while studying at Saint Andrew’s Junior College. She was baptised in GBC on May 1986. She helped to start FCBC in Aug 1986 and was there for 15 years before moving on to assist in Methodist church planting. She worked for 8 years as a “Quality Controller”, and 12 years in Church planting and Pastoral Ministries, before joining Project Khmer H.O.P.E. (PKH). During this time, she also underwent four years of theological training and helped to coach Primary School students in tuition. She returned to GBC in 2013.

Currently I am serving as an English Teacher in the village of Trang, in the Chom Bok province of Cambodia. This is under Project Khmer H.O.P.E., started by St Andrew’s Cathedral with the aim of alleviating poverty among Cambodians while sharing God’s word with them. The centre I am teaching at is known as PKH (Trang). PKH (Trang) operates before–after school sessions, mainly for students of Chom Bok Primary School. Daily, about 200 children come to the centre for meals, English tuition, and lessons from God’s Word. I work alongside the Cambodian teachers and pastoral staff.

We are located in a very remote area where villages are connected by dirt roads and bridges. We commute daily from PKH (Aoral) to PKH (Trang) by a four-wheel truck. 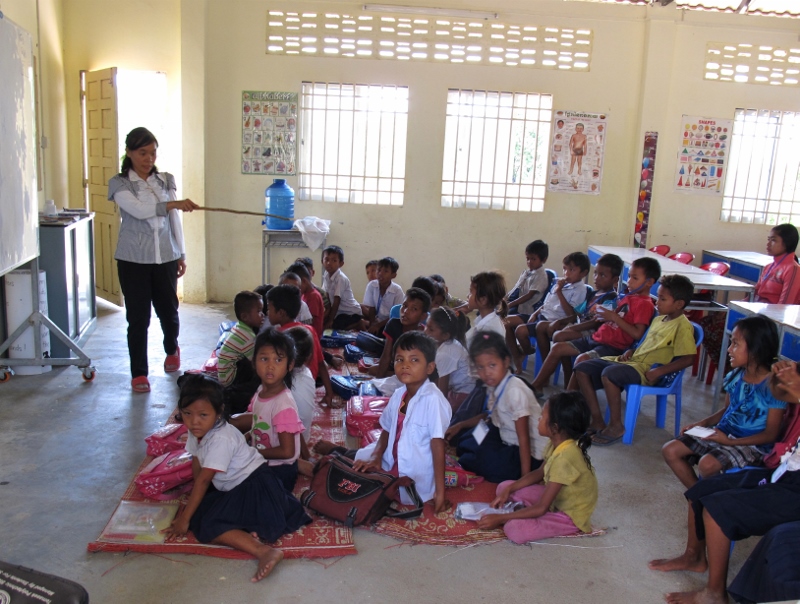 One evening in 1986 after coaching some students at GBC’s tuition classes, I met Kim, a missionary of GBC. I was very excited to meet a missionary supported by our Church. I had committed to remember them in prayers daily while they were in Ghana, Africa. I suppose the seed for Missions was planted into my spirit on that day. Teaching was my passion and through Kim I learnt that I could be a missionary cum teacher. This longing of my heart was fulfilled in Oct 2013 when I joined the GBC Mission trip to Cambodia led by Brother Tan Kim Cheng. It was my first time in Cambodia.

I had always thought China was the field for me. Upon reflecting, I think my spiritual journey was very much similar to Apostle Paul’s calling to Macedonia (Acts 16:9). According to Acts 16:7-10, Apostle Paul and his team tried to enter Bithynia, but the Spirit of Jesus would not allow them to. Instead, during the night Paul had a vision of a man of Macedonia begging him to go over to Macedonia to help them.

Similarly, I spent 30 years trying to learn Mandarin well and always chose to serve in Chinese ministries. Despite many disappointments that arose over that time, my heart continued to ache for the Chinese people to be saved. Just like Apostle Paul who yearned to see the salvation of his fellow Jews but was called to serve the Gentiles, I have learnt to surrender to our God my desires to serve the Chinese.

As quoted by Isaiah (Is 55:8), God’s thoughts are not my thoughts and His ways are not my ways. After the trip with Kim Cheng, I went to Cambodia again in Jan 2014 with my present colleague to confirm my calling, and have been there since. God has opened my heart to the Cambodians in North Cambodia and I am now very excited for the little ones in my current outreach at Chom Bok. 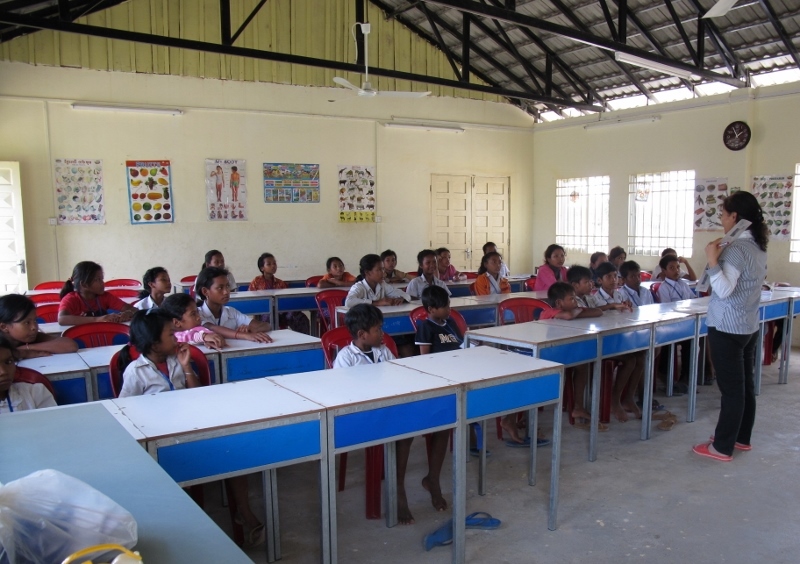 The children studying at PKH (Trang) are mostly within the range of 6 to 15 years old, taking Grade 1-4 classes. There is a small Grade 7 class of under 10 students aged 16 to 21 years old.

What are the challenges and difficulties you experience or foresee will experience related to this mission that the church can pray for you?

The Cambodians living near the Centre are in poverty and mostly animistic in their beliefs and practices. I am particularly concerned for the young baptised believers. Many have responded to the Gospel and were baptised while in our institutions. However due to a hectic working life, many have also backslidden.

During the recent Khmer New Year, some students visited the pagodas. Later on I learnt from the students that there are vendors selling little “crosses” and also noticed that some students had bought them. Having grown up with animistic religion, the presence of idolatry through symbols and images representing a god is common in their homes. Please pray that they will not come to see the symbol of the cross as representative of who God is; pray for authentic discipleship among the young believers!

Find out more about Project Khmer H.O.P.E. here! Grace Baptist Church sends a team to serve alongside the staff at PKH twice a year. To find out more about, contact Tan Kim Cheng at kimcheng.tan@gmail.com.