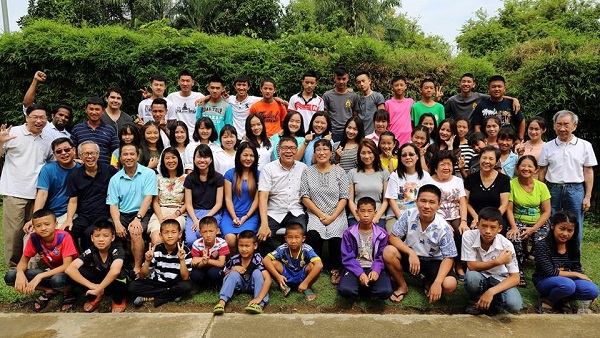 11 GBC members headed to Pua, Thailand, to conduct the quarterly English Camp at Kathy's Home from 26-29 May 2017. The Thai academic year has just begun and the team was excited to meet four new children at the home. Read the trip report to find out more.

The team flew from Singapore to Bangkok followed by a domestic flight from Bangkok to Nan. The flight connection in Bangkok was smooth and we managed to gather the full team for a group photograph at Nan airport. 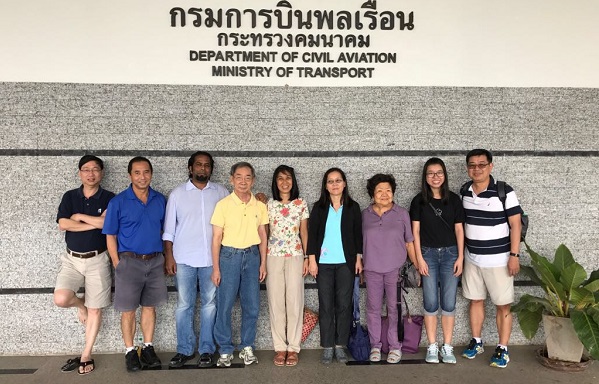 As the flight schedule was half an hour earlier than past trips, we arrived in Pua at 5pm allowing us time for a more leisurely meal of wonton noodles. William and Karen arrived in Pua from Chiang Mai a few days earlier to have some ‘warming up’ sessions for their students and to assess the English proficiency of the newcomers. Thankfully, Karen’s forewarning of hot weather during our camp did not materialise. Instead the temperature stayed within a comfortable range of 20-30 degrees celcius throughout our stay with early morning rains and cloudy sky.

The team returned to Singapore in two groups – Beh, Joni, Kim Song and Helen took the Sunday overnight coach to Bangkok for the early morning flight back to Singapore while the rest returned on Monday morning taking the flight from Nan to Bangkok. 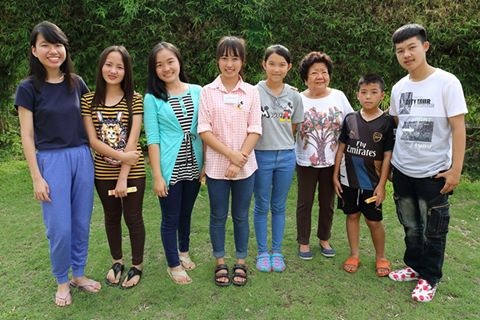 We have a ‘half’ newcomer in Joni (left) who had been to Kathy’s Home as part of the church’s youth mission trip. Joni and Susan (3rd from right) formed an awesome teaching pair combining their life wisdom and youthful energy in teaching their Group 5 students.

We are glad that two of the alumni of Kathy's Home, Sasimai and Chaetida who completed the first year of their nursing studies, came back during their vacation to help out in teaching and mentoring the children. 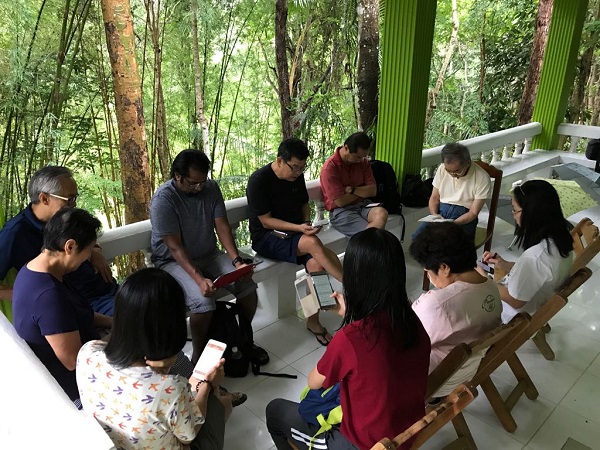 Won Lee led Saturday’s morning devotion on Ecclesiastes 3:1-8 on the seasons in our life – to accept, prepare and yet be patient for each life season, whether transiting from school to work or from employment to retirement.

Helen spoke of God’s compassion, love and faithfulness in her Sunday morning devotion verses from Lamentations 3:22-24:

“Because of the Lord’s great love we are not consumed, for his compassion never fails.
They are new every morning; great is your faithfulness.
I say to myself, ‘The Lord is my portion; therefore I will wait for him.’” 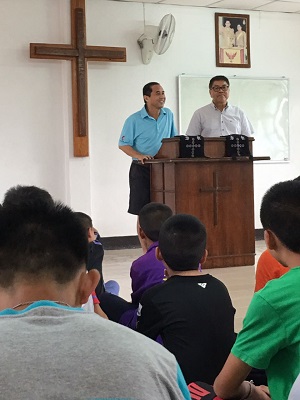 Beh gave the Sunday message on John 4:1-29. The Jews did not want to be associated with the Samaritans but Jesus treated the Samaritan woman with compassion. He convicted her of her sins and told her that he brings the living water. Christ is the Messiah who gives the Living Water to save all of us so that we can have eternal life.

The first session started on Friday evening, followed by three sessions on Saturday and two sessions on Sunday. The students were grouped into 9 groups according to their English proficieny. June and Won Lee took on the youngest group, which includes three new students, for the first time. They were grateful for the help that they received from Chaetida who is bilingual in Thai and English and hence was able to help to explain and coach the young newcomers. 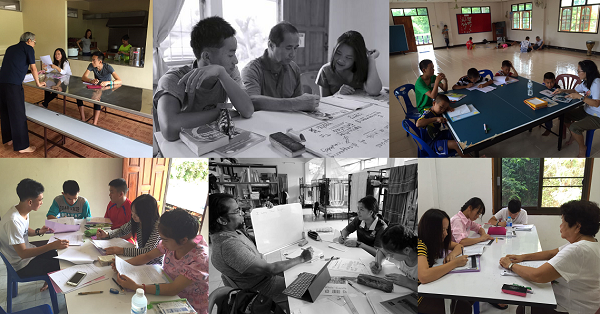 The teachers were pleasantly surprised when some of the quiet students stood up to share for their first time during the camp debrief at the end of the camp,

Our prayers for house parents have been answered. Pastor Ning and his wife, from Maesanan village, whose children had graduated or are still in Kathy’s Home accepted the position two weeks ago and are understudying Mak on the duties and responsibilities of house parents. Pastor Ning’s coming on board will free Mak to spend more time in church planting and ministering in the villages. 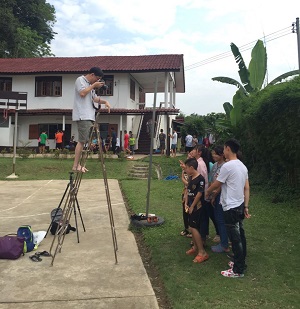 Being the camera-shy person he is, you probably won’t see this photo of Siew Kim on Kathy’s Home Facebook. This picture shows the great height Siew Kim goes to get the perfect shots to post on FB. Please check out Kathy’s Home Facebook for updates and how his perched-on-the-ladder shots turn out.

We give thanks to our Lord for:
• His endless mercy, steadfast love and faithfulness.
• all at Kathy’s Home.
• Pastor Ning and his wife for accepting the role as house parents.
• Sasimai and Chaetida for helping out with the camp.
• smooth journeys as well as the options available to us to travel to and from Pua.
• fine weather and the team.
• Siew Kim’s perch on the ladder 

Please pray for:
• Mak and Narola as they continue to minister to the children and the villages.
• Pastor Ning and his wife for wisdom, strength and patience as they look after the children.
• family members of the children who have not known Jesus yet.
• boldness for the children (and us) to share the gospel.
• increasing love for the Lord and His Word.

Next Trip:
• 1-4 Sept 2017, book your air-tickets early as it coincides with the school holidays in Singapore.