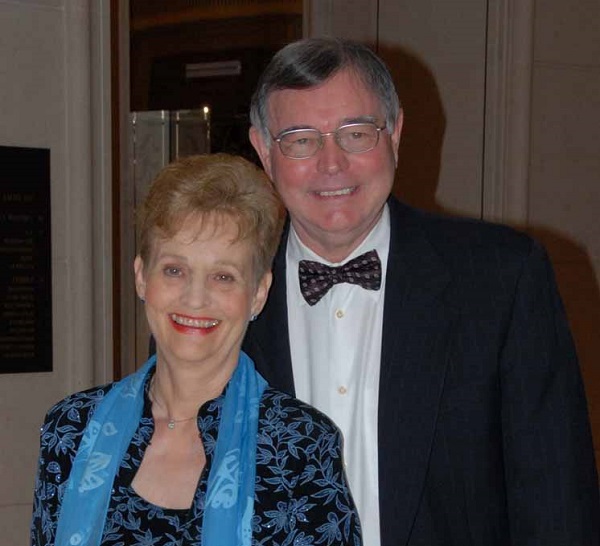 Thomas "Tom" Chandler was born on October 21, 1941 to Thomas "Skeeter" William Chandler Sr. and Bertie Mae Tat in Illinois, in the American Midwest. He had five siblings, Shirley and Frank, who passed on in childhood, Joyce, Cliff and Mary Lou, the only surviving member of the Chandler family.

As a school going child, Tom excelled in sports like basketball and football but struggled with dyslexia. His sporting ability enabled him to earn a sports scholarship and attend LeTourneau Technical Institute where he studied mechanical engineering.

In 1960, Tom, who had no Christian background, was invited to attend a Youth for Christ meeting where he tried his hand at prayer for the first time. Through that humorous encounter, Tom realised that he did not know God. At LeTourneau's Spiritual Emphasis Week, a youth evangelist preached the gospel to the students and Tom responded, receiving Jesus Christ as his Saviour.

Inspired by the story of martyred missionary Jim Elliot recorded in Through Gates of Splendor, Tom was led to prepare for international missions work after LeTourneau. Tom attended Moody Bible Institute in Chicago and joined the Sports Ambassadors, which took him to the Philippines and introduced him to international travel. Through that experience playing basketball, Tom met Clare, his wife. After their marriage, Tom and Clare moved first to Texas to attend Dallas Theological Seminary, before their missions agency asked them to transfer to the School of World Missions at Fuller Theological Seminary in California.

Over the next many years, Tom and Clare served as missionaries in Asia, specifically, to Indonesia, Sri Lanka, India, Pakistan, Nepal, Bangladesh and Singapore with Partners International. While in Singapore, Grace Baptist Church was their home church. Between 1982 and 1996, the Chandlers returned to the US while their children were schooling, and Tom took a job at the Fairmont Hotel in San Jose, California. During that period, Tom remained active in missions efforts, often travelling to minister in various parts of South Asia and maintaining contact with the church he called "their main supporting church".

Three years after returning to active missions, Tom and Clare were asked to come and serve as interim pastor of Grace from 1999 to 2002. Many remember Tom for his gregarious personality, care for church members, and loud Harley Davidson. Tom's faithful preaching of God's Word provided stability in a period of transition and adjustment, and preserved Grace as a church committed to the exposition of the Bible. As our interim pastor, Tom also mentored three of our members into full time ministry, Reverends Desmond Soh, Bobby Lee and Oliver Chia.

While in Singapore, Tom also continued his proud affiliation with the local Harley Davidson Owner chapter as a chaplain to its members.

Subsequently, Tom continued ministry in Asia to Sri Lanka, Thailand, and especially in Pakistan during the 2005 earthquake which left him with Post Traumatic Stress Disorder. When Tom and Clare retired from Partners International, they became involved in supporting International Baptist Church (IBC) as missions pastor. In his memoirs, Tom writes that at IBC he "helped establish the policies, prioritize missions goals, and institute safeguards to prevent problems from occuring in the future". Tom and Clare were also intimately involved in the founding of Crossroads International Baptist Church in Singapore.

After retirement, Tom and Clare remained very much in touch with Grace, and even from the US, maintained their relationships with church members and friends. In 2019 Tom also attended Grace Baptist's 60th anniversary, and was proud to share his memoirs, From Farm Boy to Global Ambassador with many.

A week before his passing, Tom visited Grace for the last time en route to missions work in Sri Lanka. At our Quarterly Congregational Meeting, he shared about his ongoing missions projects and sought the church's prayers. While exerting himself during his sharing time, he asked that a chair be provided for him to sit on. We give thanks that the Lord gave us a final opportunity to fellowship with our brother. 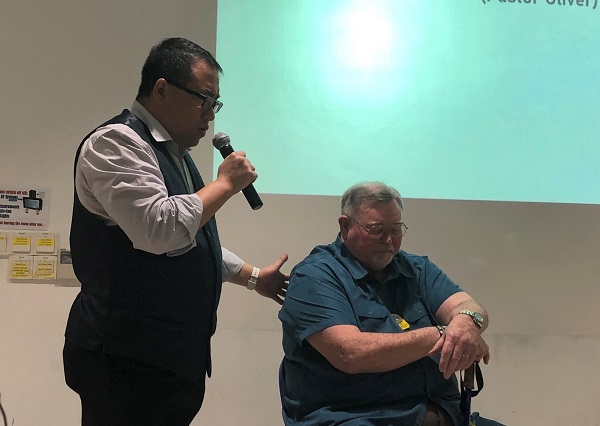 On 22 January 2020, Tom Chandler went home to be with the Lord. He leaves behind his wife, Clare, two daughters and a son, Kay, Julie and Thomas.

Singing to One Another, Again!

The Singapore Summit (and how to pray for it)