Our Hymn Writers and Their Hymns

Eric Lui reviews Faith Cook's "Our Hymn Writers and Their Hymns" and shares an interesting anecdote of Isaac Watts. 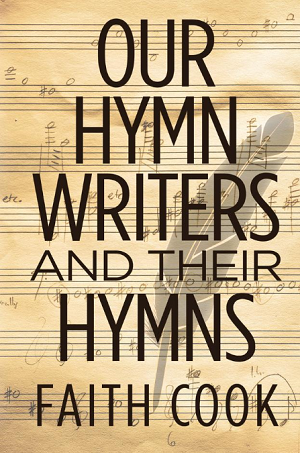 Like the Psalms, hymns are an important liturgical ordinance to lift our hearts and emotions to worship our Lord. The writers of the hymns mentioned in this book struggled with personal trials and doubts of their assurance of salvation to pen these hymns, some of which they asked the loved ones to read to them again at their deathbed to be reminded of the faithfulness of their Saviour.

The first chapter brings us back to the early days of Christianity from Ambrose of Milan (339-397) to Martin Luther (1483-1546) and Richard Baxter (1615-1691). While these great bards poured out their passions and souls on the theological truth of the gospel in most of their works such as Martin Luther’s “A Mighty Fortress Is Our God”, the writer also brings out a more tender and loving side of this thundering reformer in his hymn written for his five-year-old, Hans, for his Christmas celebration. The hymn is called “From Heaven Above to Earth I Come” which includes these words:

“Ah, dearest Jesus, holy child,
make thee a bed, soft, undefiled,
within my heart that it may be
a quiet chamber fit for thee.”

The chapters that ensues give brief biographies of important hymn writers in the 17th to 19th century, such as Isaac Watts, Charles Wesley, Augustus Toplady, John Newton, William Cowper and Fanny Crosby. Three of these stories stuck with me:

Fanny Crosby became blind when she was six weeks old due to some poultice that was applied to her eyes hoping to cure her eye infection. Despite her immense handicap, she was reputed to have written 7,000 to 8,000 hymns and lived to a ripe old age of 94. It was her mother who first introduced her to poetry when she was five, by reading to her John Milton’s well-known sonnet called “On His Blindness”. Her grandmother took special delight in introducing her to the beauties of nature. She taught her to identify the flowers by touch and scent, and described in vivid language the glories of rivers, lakes, birds, sunrise, sunset and the wide canopy of the skies at night. She also taught her to love the Scriptures and soon Fanny was committing long passages into memory. Her first hymn, written in 1864, was on the beauty of heaven:

“We are going, we are going
to a home beyond the skies,
where the fields are robed in beauty
and the sunlight never dies;
where the fount of joy is flowing
in the valley green and fair;
we shall dwell in love together,
there shall be no parting there.”

William Cowper was suffering from mental health throughout his life, and as a consequence, believed that he was ‘a castaway’ from God. But by the mercies of God, his true spiritual state was upheld in trusting God and he was able to pen well-known hymns such as "God Moves in a Mysterious Way" which we still sing today:

“Judge not the Lord by feeble sense,
but trust him for his grace;
behind a frowning providence
he hides a smiling face.
His purpose will ripen fast,
Unfolding every hour;
the bud may have a bitter taste,
but sweet will be the flower.
Blind unbelief is sure to err,
and scan his work in vain;
God is his own interpreter,
and he will make it plain.”

Lastly, I would like to share one interesting story about Isaac Watts. A young woman called Elizabeth Singer, who read his compilation of hymns was so impressed with the poet’s command of language, his depth of thought and above all, his spirituality of mind, that she longed to meet him. Described as ‘a haunting beauty’ with auburn hair, lovely complexion and animated eyes, Elizabeth was also a poet in her own right and published her poems under the pseudonym of Philomela. Enamoured with the thought of a man who could compose such words, she wrote to Watts in verse:

“Seraphic heights I seem to gain;
and sacred transports feel,
while WATTS, to thy celestial strain,
surprised I listen still.”

Not unexpectedly, Isaac Watts found himself drawn to such an attractive admirer. He responded to her in verse:

“Let all my powers with awe profound,
While Philomela sings,
attend the rapture of the sound,
and my devotion rise on her seraphic wings.”

Elizabeth imagined that the poet’s looks would match the magnificence of his verse. She had a shock when at last they met. She saw before her a man scarcely five feet in height, with prominent nose and a sallow, heavy complexion scarred with smallpox, and showing the marks of sleeplessness. A friendship grew between them nevertheless, but on her part it was based on affinity of thought rather than physical attraction. When at last the 32-year-old Watts plucked up the courage to broach the question of marriage, Miss Singer gave a well-intentioned but tactless reply: “Mr. Watts, I only wish I could say that I admire the casket as much as I admire the jewel.” Watts would remain single for the rest of his life. Perhaps lines such as these reflect his disappointment:

“How vain are the things here below!
How false, and yet how fair!
Each pleasure has its poison too,
and every sweet, a snare…
The fondness of a creature’s love,
how strong it strikes the sense!
Thither the warm affections move,
nor can we call them thence.”

“Tempted In Every Way”