Not Quite a Perfect Outing

Hannah Yeo shares the challenges faced during an outing with the children of Gracehaven on 17 November, and reflects on how we, like the children, are constantly running away from God.

At the end of the recent Gracehaven outing, I was upset that the programme had not turned out ‘well’.

Fourteen adults from GBC gathered at Punggol Point, expecting to walk with eighteen Gracehaven kids around Coney Island, connect with them in conversation en route and then gather to listen to a gospel presentation. I was looking forward to Wei Quan’s talk – I knew he was going to share about the birth of his first daughter, what it was like as a father to watch baby Kayla undergo surgery after surgery in the first fragile weeks of her life, and how God sustained him and Hui Jing, speaking to them directly through Bible verses, and prayer and practical encouragement from the church family. 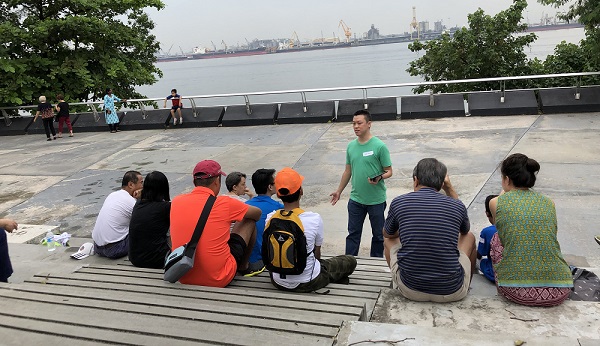 Disappointingly all of the Gracehaven girls decided not to come, and only five boys turned up, with one staff member. Only the two older boys (plus the fourteen GBC adults) listened to Wei Quan’s encouraging testimony to God’s blessing in trouble, linked to the parable of the wise and foolish builders – while the younger three boys instead ran around unlimited, stressing out their staff supervisor with their daredevil sea barrier-scaling, pigeon-hunting antics!!

I was upset over three things:

The morning had begun with an immediate challenge to authority by the three younger boys, with raised emotions on both sides, over forbidden access to the 7-11 store. When we finally got moving, it was a joy to walk by the sea in perfect weather, an answer to prayer after a rainy week, to the gentle lapping of waves and the beginnings of good conversations with the boys and between the adults.

However my excitement soon turned into dismay at their next challenge. With no barrier between us and the waves, and having been cooped up most of the week, our three risk-takers naturally wanted to experience the water. Ignoring physical and verbal boundaries, they ran down a mossy slope, where with one misstep they could slip and hit their heads...and soon one of them was happily dipping his toes in the sea! 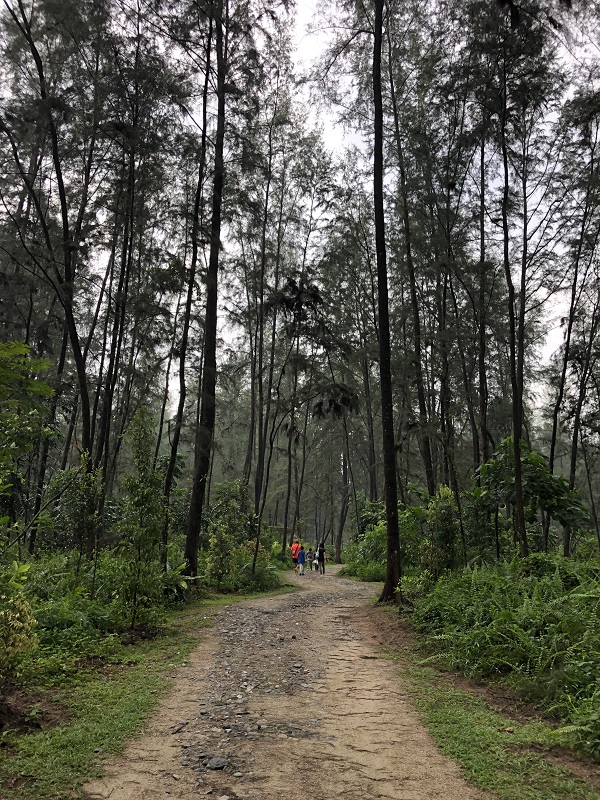 We had some nice moments too. Talking about creation around us, one boy was excited to hide in the birdhouses, another found tons of centipedes and tried to protect them from clumsy passers-by. The two older boys opened up in meaningful conversations as we walked, two thinking young people, doing well in their studies and with good potential to succeed in the world’s terms.

By the end of a reasonably long walk, the little legs of our three self-determined, youngest group members, walking on ahead, had carried them far. But as they turned the final corner, they ignored the agreed meeting area: they were back on the road to the prohibited 7-11!

Discontented, I asked God: How on earth can I share the gospel truth with someone who doesn’t listen but just keeps running away? And the closer I get, the further they run?  It was frustrating, because I wasn’t going to scold the boys – I only wanted to tell them that they were going in the wrong direction! Yet what the boys did is what we do to God all the time: break His rules and then foolishly run, when all He wants us to do is turn us back to His true path.

As I brooded, these were my thoughts:

In John 10:27 Jesus says, “My sheep hear my voice, and I know them, and they follow me.” Why had the three boys heard my voice but not followed me? Well, why should they, who was I to them? I see now that I hardly know these young ones at all. But Jesus knows them through and through, ready to forgive, and they can never outrun His love.

As I cooled down, I considered that the whole world is in a default state of rebellion, where our obedience to God is always a miracle! Our own running away, foolishly fleeing forgiveness, is ridiculous, but our Father perseveres with us because He can always catch up. We have to trust in this miracle of His calling us to Him, His calling these children to Him, the Father who knows us intimately, and will keep us till this world of trouble is renewed.

Interacting with the Gracehaven children can be unpredictable and challenging, as well as rewarding. Please pray for all those involved to be humble in recognising our very limited human patience, our very different life experiences and expectations, while we continue to be available as channels for God’s love and His Word to chase and reach these precious kids and encourage their staff.

All five boys enjoyed the morning and waved goodbye with enthusiastic smiles, and I came to see that an imperfect outing doesn’t mean wasted time in God’s long-term perspective.