Do you remember the three Bs that we have been thinking about over the last three issues of Children’s Corner? They are Believe, Belong and Behave, and together they make up our church theme for this year. For this last article on the theme, let us see what these three Bs look like when they are put into practice in a person’s life. Then we will more easily understand that the three Bs are not just nice ideas: they make up a way to live a true Christian life.

George Muller was born in 1805 in what is now part of Germany. As a young man he led a sinful lifestyle: he was a liar, a thief and a gambler. By the age of 10 he was stealing money from his father. While his mother lay dying he, at the age of 14, was out drinking and gambling. When he was 16 he spent five weeks in prison for not paying his hotel bills, and was only released when his father paid the bill for him. He went to university to study the Bible, not because he wanted to serve God but because he knew he would earn a good salary as a pastor. While at university he cheated his friends by charging them too much for a holiday he arranged, so that he wouldn’t have to pay as much. He also forged a letter from his father so that he could obtain a passport. 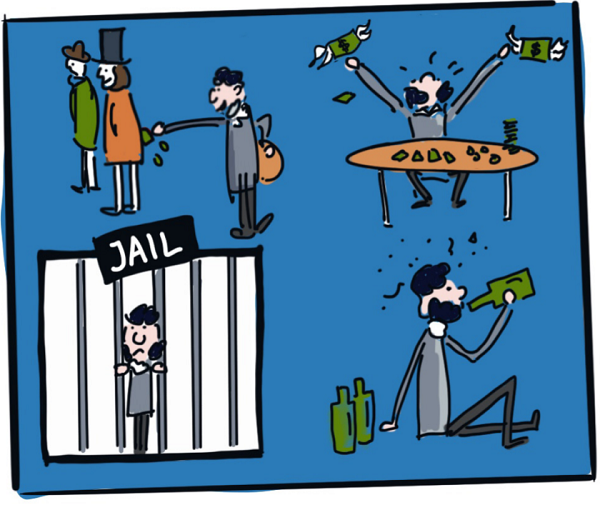 This was the kind of person George was, when one day his friend took him to a Bible study, and he became a Christian! He Believed! He was totally changed, and from that day onwards he stopped all his sinful behaviour. He Behaved! He decided to become a missionary and went to England, where he became the pastor of a church. He Belonged – to his own church and to the fellowship of all Christians all over the world!

God used George in an amazing way by calling him to live by depending only on God Himself for his daily needs. For the rest of his life he refused to accept a salary and relied on prayer only, trusting that God would provide by prompting believers to give him money out of their own free will. He never asked any person for donations, he only ever made known his needs to God, and God never let him down. 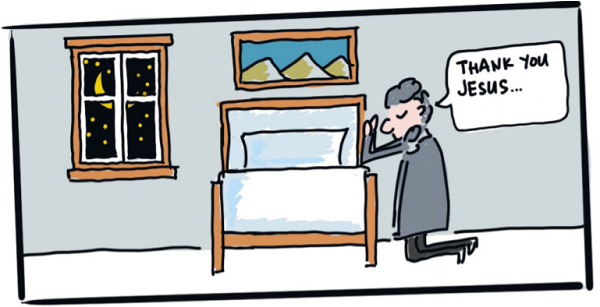 Even after George started an orphanage which grew to house 2000 orphans, he only ever relied on prayer to supply all the money to run such a large organisation, and God supplied the needs in miraculous ways. On one famous occasion, the orphans were all sitting down to eat breakfast and George gave thanks for the food, even though there was nothing to eat in the whole house. When he finished praying a baker knocked on the door with a gift of enough bread to feed everyone, and a milkman’s cart broke down right outside and donated all the fresh milk to the orphans. That is just one example of George’s amazing faith and how God miraculously answered prayer at just the right time. 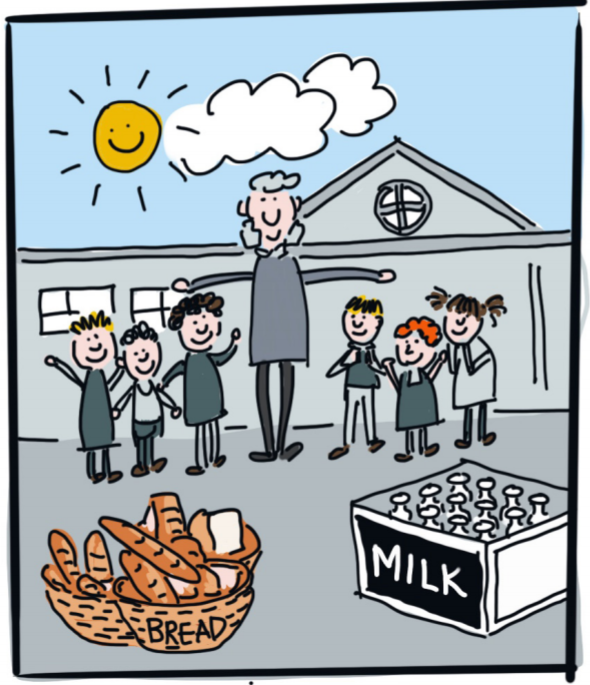 George recorded in his journal over 50,000 specific answers to prayer, 30,000 of which he said were answered the same day or even the same hour he prayed them! And he encouraged his fellow Christians to pray by saying that four hours of work after one hour of prayer would accomplish more than five hours without prayer. That is a challenge to us, don’t you think, when we sometimes struggle to pray even for five minutes?

George Muller was a man who truly lived in a way that showed he Believed, Belonged and Behaved. I hope that you feel inspired by his life to do the same, because our great God is the same yesterday, today and for ever, and He can help you do great things too. May all the glory go to God!