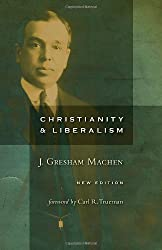 The author explains that the rise of this modern liberalism has not come by chance. It is the result of both modern inventions and industrialism, as well as the application of modern scientific methods not only in the spheres of physics and chemistry, but also in history, psychology, sociology, and eventually, religion. Religious traditions, faith and convictions are considered as things of the past and must be abandoned to give way to new thinking in the twentieth century. Christianity, on the other hand, has consistently appealed for the truth of its claims for many centuries, not merely or primarily to current experiences, but to ancient books written nineteen hundred years ago. Can first-century religion ever stand in company with twentieth-century science? What is the relation between Christianity and modern culture? In the book, the author examines these two questions from the angle of doctrine, the concept of God and Man, the Bible, Christ, and salvation. 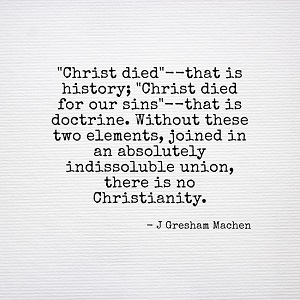 Without creed or doctrine, liberal Christianity is a string of spiritual experiences, a life lived to emulate the life of Jesus. But is it true that Christianity is not a doctrine but a life? This question can be answered by looking at the beginning of Christianity. The name Christianity originated after the death of Jesus of Nazareth. Evidently, there was an important new beginning for the disciples of Jesus in Jerusalem after the crucifixion. At that time, a remarkable movement broke out from Jerusalem and spread into the Gentile world, a movement which is called Christianity. Paul, in his Epistles, recorded for us the fundamental character of this movement through his intimate knowledge of the disciples of Jesus who had begun the Christian movement.

Clearly, from the Epistles of Paul, the Christian movement at its inception was not just a way of life, but a way of life founded upon a message. The message is the Gospel. It was based, not upon mere feeling or experience, but upon an account of a historical fact. “Christ died”—is a fact. “Christ died for my sins”—is a doctrine. “Christ died for our sins according to the Scriptures; he was buried; he had been raised on the third day according to the Scriptures.”—is a creed that first century Christians lived by. Therefore, Christianity is more of doctrine than a way of life.

What is the liberal preacher’s view of God and of Man? Some of them call God the “Father”, but in the sense that God is the father of all humanity. For the Christian, addressing God as Father means he has been brought into the household of God through his faith in Christ, a new being by the power of the Holy Spirit. This is not the case for a “liberal” Christian, because he does not believe in the doctrines of sin and salvation.

Furthermore, the liberal concept of God differs even more fundamentally from the Christian view in the awful transcendence of God. There is an awful gulf that separates the creature from the creator. We cannot comprehend or know Him, except what He has revealed to us in nature and in the Scriptures. But in modern liberalism, this sharp distinction between God and the world is broken down. God is found in midst of the mighty world process, which manifests itself in the indefinitely small and the indefinitely great – in the infinitesimal life which is revealed under the microscope, and in the vast movements of the heavenly spheres. God, therefore, is not a person distinct from ourselves; on the contrary our life is a part of His.

Having lost all sense of the gulf between God, and man, the liberal Christian also differs in his concept of Man. According to the Bible, man is a sinner under the just condemnation of God. Fundamentally, modern liberalism has lost the consciousness of sin. The characteristic of the modern age is a supreme confidence in human goodness. In every man, there is enough self-sacrifice to be found to overcome the world’s evil, there is no need of help from outside of this world.

Modern preachers are trying to bring men into the Church without requiring them to relinquish their pride; they are trying to help men avoid the conviction of sin. He will address the congregation somewhat as follows: “You people are very good. You respond to every appeal towards the welfare of the community. Now we have in the Bible – especially in the life of Jesus – something so good that we believe it is good enough even for you good people.”

The liberal Christian does consider the Bible “divine”, but is full of errors because it was written by human hands. He cannot accept what he regards as the perverse moral teaching of the Old Testament, or the sophistical arguments of Paul. But he regards himself to be a true Christian because, in rejecting the rest of the Bible, he depends upon Jesus alone. But this is utterly false, according to the author. The modern liberal Christian does not really hold to the authority of Jesus, as the Lord Himself held a high view of the Bible, especially the Law and Prophets, which modern liberals reject. The recorded words of Jesus also include things which are most abhorrent to the modern liberal Church, and in His recorded words, Jesus also points forward to the fuller revelation which was to be given through His apostles.

What, then is the Christian view of the Bible? According to the author, the Christian view is that the Bible contains an account of a revelation from God to man, which is found nowhere else. It contains a revelation of the way by which sinful man can come into communion with the living God. The way was opened, according to the Bible, by an act of God, when, nineteen hundred years ago, outside the walls of Jerusalem, the eternal Son was offered as a sacrifice for the sins of men. To this one great event, the whole of Old Testament looks forward, and in that one event, the whole of the New Testament finds its center and core. The Bible, then, is an “infallible rule of faith and practice”.

There is much that has been argued by the author with regards to the contrasting views of Christ for the Christian and modern liberalists. In short, the Christian has a religious relationship with Christ, meaning that Christ is the object of faith, through whom we secure our salvation. Modern liberalism regards Christ as an example to follow in having faith in God. The modern liberal preacher reverences Jesus; he has the name of Jesus forever on his lips; he speaks of Jesus as the supreme revelation of God; he enters, or tries to enter into the religious life of Jesus. He tries to have faith in God like the faith which he supposes Jesus had in God. But he does not have faith in Jesus. To him, Jesus is an example of faith, not the object of faith. In other words, Jesus was the Founder of Christianity because He was the first Christian, and Christianity consists in maintenance of the religious life which Jesus instituted.

This liberal view of Christ was debunked by the author by pointing out the divinity, sinlessness and Messianic consciousness of Christ which we as humans cannot follow.

The culmination of the differences between liberalism and Christianity is in the belief that Christ died on the cross to bear the sins of men, and rose from the grave to give new life to those who believe in Him. Modern liberalism does not believe that a man, though how sinless he may be, can bear the sins of other men. They also do not believe that God, who is the embodiment of love, can be so cold hearted to require a sacrifice so gruesome on the cross in order to forgive our sins. They do not believe that believing in Christ is the only way of salvation. How could it be that the souls of men can only be saved by someone preaching the gospel to them, as there are those who lived so remotely that they have no chance to hear the gospel message? To all these and to many other objections, the author presents comprehensive rebuttals that are also useful for our understanding of the Christian doctrine of salvation.

In summary, liberalism finds salvation in man; Christianity finds it in an act of God. Sin is at the peripheral of man for the liberal Christian, but it is at the core of our being for true Christians. Therefore, to the liberal he can achieve peace with God if he leads a “good” life. But for the true Christian, he needs the blood of Christ who died nineteen hundred years ago to wash away his sins before he can have peace with God.