About 90 people came to hear how the Care Groups (CGs) are doing during the CG Nite on 7 July. Among them were some who are looking to join a CG as well as many others who came to share how being in a CG has helped them to relate better with one another as a community of Christ. Esther Yap shares with us more.

On 7 July at 7pm, members of various GBC Care Groups (CGs) gathered together for a combined CG Nite. It was a simple but thoughtful affair. About 90 people came to hear how the CGs are doing. The night started off with leaders from three different CGs: Jena Tang, Seah Kah Yin and See Kwang Yew sharing about their respective CGs. We were also given time to ask questions and to respond to the discussion. Topics that were discussed included nurturing an environment that welcomes openness during CG meetings and promoting a healthy turnover of CG leaders. 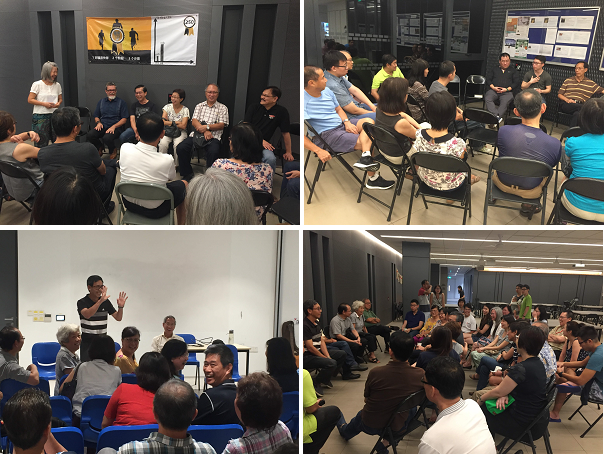 One CG leader shared how over the years a few members from his CG have branched out to lead other CGs. He reflected that perhaps one of the catalysts for change is creating space for others to take the lead. We also heard how combining with other CGs regularly is useful in encouraging inter-generational interactions. The overall reflection from those who attended is that being in a CG is about relating to one another as part of a community. It is about caring and praying for one another.

The group’s reflections coincided with Pastor Ian’s encouragement on the value of CGs. He highlighted that there are many ‘one another’ commands in the New Testament. In a typical Sunday service, we stand side by side, facing forward. But in a small group, we gather in a circle, facing one another. And it is in smaller groups – like a CG – that we are better able to interact, relate, and converse with each other. Robust CGs fuel a healthy church. People remain in a church because they feel cared for, and they feel cared for when they are engaged in genuine interactions.

In between sharings, we had a time of worship, led by Yee Kiat. The hymns we sang reminded us that when we gather, be it in small groups or big, we do so as one family under the authority of Christ.

The night concluded with a serving of light refreshments – some members brought cakes, fruit cocktails and mini hotdogs to share.

Join a Care Group and experience Christian love and application of Scripture in a community! You can find out more about our CGs here.