This Easter Sunday, as we gathered together to celebrate the resurrecton of our Saviour Jesus Christ, we had the double joy of witnessing the baptism of Andrea Quah, Ashley Tan and Joseph Ng. We give thanks to God for their faith and love as they openly declared their confidence in our God and went through the water of baptism to publicly identify with the death, burial and resurrection of our Lord Jesus Christ.

(Left) Andrea sharing her testimony; (Right) Andrea with her family and brothers and sisters in Christ from GBC after the baptism.

In her testimony, Andrea Quah shared how growing up with Chritian influences in church and at school had sowed in her the seed of faith. At a young age, she had come to know and love our Saviour and would call on Him in times of thanksgiving and need. However, as she grew older and became more independent, she began to feel that she could take control of her own life, and that as long as she's doing well, she would be alright. But as she experienced trials and disappointments in her life, she gradually realised that she simply couldn't be good and live up to the expectations of those around her. At one point in her life, she felt so drained and worn out that she finally ran back to our Saviour and chose to let him take charge of her life. There would be occasions thereafter when she would stray but God would pull her back to Him again and again. She's also thankful for the friends and family who prayed for her constantly and guided her throughout this process. Today, as Andrea publicly shared God's saving grace towards her, she professed her commitment and willingness to obey Him, letting Him plan and direct her life. She encouraged us from Philippians 4:6-7, "do not be anxious about anything, but in everything by prayer and supplication with thanksgiving let your requests be made known to God. And the peace of God, which surpasses all understanding will guard your hearts and minds in Christ Jesus." 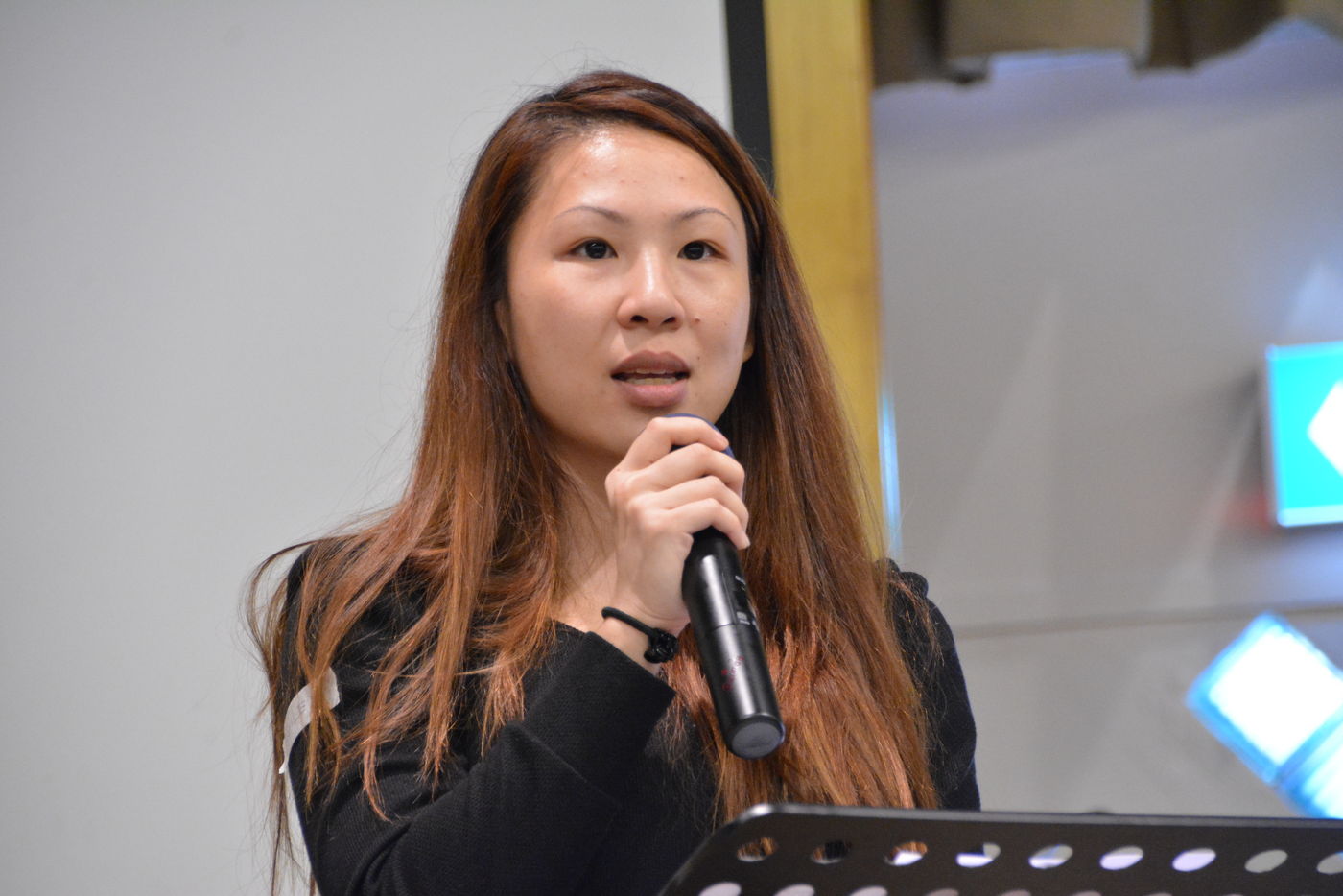 Likewise, the seed of faith was sowed in Ashley Tan since young. Being born in a Christian family, faith had come easy to her as a child as she learnt about God through church and Sunday school. Despite being an inquisitive girl, she remembered never questioning the existence of God as a child. This changed as she grew older when she began to look for proof of His existence. Listening to testimonies of missionaries and other devoted Christians made her conclude that God would only reveal Himself to good Christians, so she began to serve actively in the music ministry and church nursery, hoping that God would reveal Himself to her one day based on her good works. Nonetheless, two supernatural encounters in Melbourne during her college days caused her to realise that God is real and has always been there with her. When she called out to Him for help and protection, He was there to save her. Feeling remorse for ever doubting God's existence, she broke down and returned to Him. At that instance, she knew that even though she has turned away, God has never left her; she was just too blinded to see His hand behind the many prayers that were answered in her life. Today, Ashley proudly affirmed her faith in our God - not only is He real, He is also an awesome and faithful God whose love endures forever! 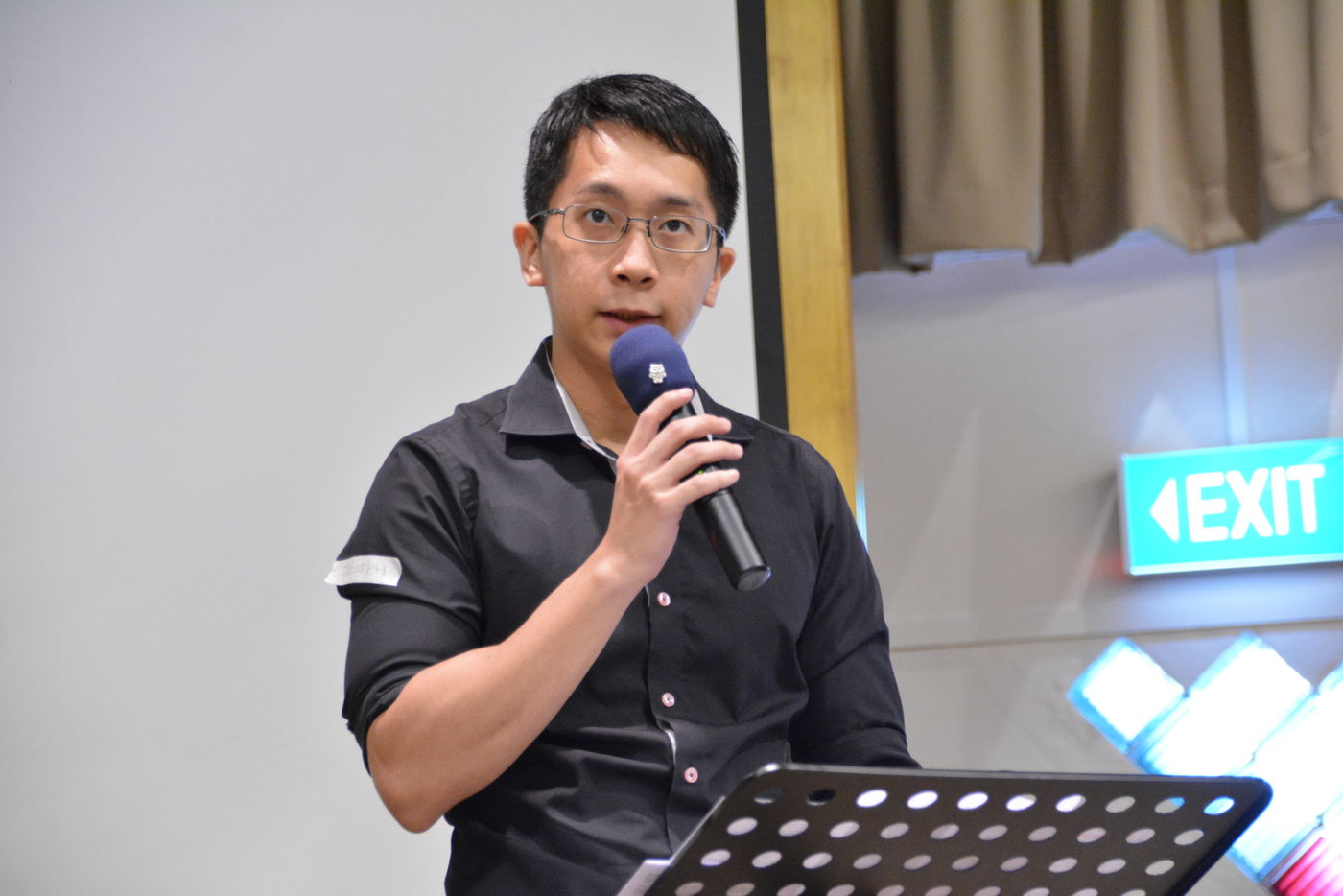 While Andrea and Ashley have grown up in Christian environment, Joseph Ng never had much contact or exposure with the Word of God when he was growing up. He grew up believing that everything in this world could be explained by science and that everything good or bad was a result of man's work. As he entered adulthood and came across many events that science could not explain and logic could not define, it became apparent to him that there is a God. Upon the invitation of Peter and Maggie Tan, Joseph began to attend GBC with his fiancée Ashley. Although his doubts and questions about Christianity were addressed by supportive GBC members including Ps Arnold and Effie, he was not convicted, choosing instead to wait for God to reveal Himself to him through miracles. The miracle came when Joseph saw how God answered his ernest prayer in healing his beloved grandfather: In 2013, after battling successfully with stage 3 prostate cancer, his grandfather suffered a minor stroke and sepsis linked to his prostate cancer. The diagnosis was not good and the family was told to prepare for the worst. Feeling totally helpless, Joseph prayed along with Ashley for his grandfather. He recounted, "It was the first time in my life that I closed my eyes and sincerely dedicated my heart, mind and soul to connect with God and to talk to Him." Discerning God's hand in his life, Joseph decided to take the step of faith and invited Jesus into his life in September 2014.

Being raised with Christ through the waters of baptism, Joseph looks forward to the journey of knowing God and embracing his Christian family here at GBC.

Ashley and Joseph professing their faith in Christ through the waters of baptism.

We thank God for these testimonies of faith from these three young members. Indeed, we never tire of hearing these testimonies which remind us again and again how faithful, merciful and loving our God is. There is no other like Him and only Him and Him alone, is worthy of all our praise and worship.

It is such a blessing to witness the baptism of these new members, stirring and renewing in us our own faith and joy. We warmly welcome them to the GBC family and pray that we will encourage them as they commit their lives to our Lord and walk with Him each day.